Four performances for a body in action and its reflexive trace.
Four days to make space for the chance, the unknown, the imaginary, the fragile. Make a space for itself too, for another rhythm and for another body. Allow. Invite the opening. Looking away, see here, perhaps. 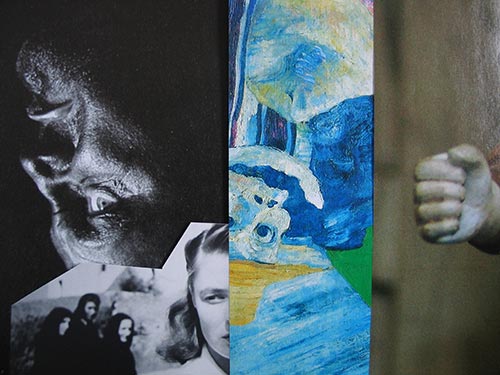 Attempt to sublimate accumulation. Compulsively accumulate flyers of artistic events, for the brief moment of escape that they provoke in everyday life. Leave to chance the task of finding meaning. Create a moving mandala of un/happy combinations, hazardous in any case.

Between two lands
A sea
Breaths taken away 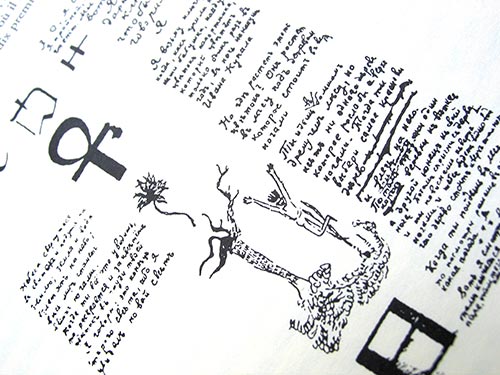 Daniil Kharms is a Russian author considered as belonging to the absurd movement. His world is particularly strange. What would happen during an immersion of several hours in this strangeness? Will it lead to a sweet madness or a deeper understanding? 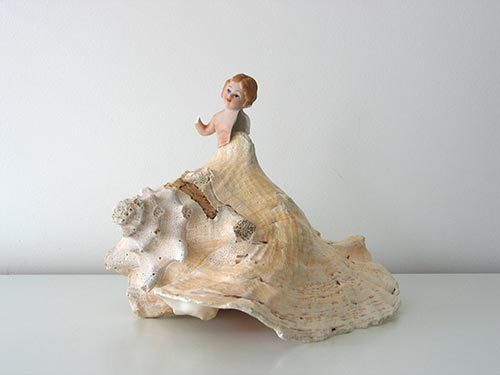 An enigma, a question, a utopia
Face to face
Beyond, a dance

Something came to me as a title... A title that seems pretentious, at least ambitious... The need is perhaps to value sensitivity, fragility, in a world that seems to belong to those who manage their armour. This is the beginning of the investigation.